The Hands of Walt Disney

There are a number of distinctive features in Walt Disney’s hands:

The strongest line in this hand is the Major Water line and that, combined with the shorter Major Air line, shows this is someone who lives through their emotions rather than reason. This is not an intellectual or analytical person, this is someone who follows his heart, is impulsive and wants to only do things that they enjoy doing. His carefree (and non-career) approach to life is masked by a very strong identification with and adherence to the codes, mannerisms, customs and protocols of the day. He would come across as formal and polite, probably others would sense he is a bit reserved and not wearing his heart on his sleeve – which is, of course, exactly what he wants to do. But he can’t.

The way the Major Air line goes down into the Loop of Sensitivity shows his mind is acutely attuned to others, so he is very responsive to the mood and feel of people, situations and things.

The strong and long Sister Line alongside the Major Earth line shows the strong need for partnership in his life, to have someone in his life to anchor him and provide him with security; and/or a respectable face to operate in the world with.  This is likely to have been either a long term business partner or his wife, during the period from early twenties to mid forties.

There is no Passion Line or other indications of a perverse imagination, however the inclination of the Major Water line to end towards the Index finger suggests an emotional self-preoccupation that tends for him to drift towards narcisscism.

The closely held hand, with the thumb held in tight, shows he is holding himself in, not being forceful and demonstrative and yet, with the loop of sensitivity , is very responsive to the world around him, to people and, especially, to children. This is not so much a man with a great imagination as someone who wants to play and have fun; like a child. The weak and undeveloped Minor Earth line confirms this child-like response to the world, unencumbered by any strong sense of self-identity or any strongly defined role in the world. He wants to play at his job, not ‘work’. He does not want to do things that are ‘dull’; he wants to have fun. He wants to drift through life and enjoy whatever comes his way.

The whorl on his index finger shows he wants autonomy and freedom for himself, but the battle with the radial loop on the passive hand index finger suggests that he gives undue consideration to the opinions and expectations of others. The radial loop fingerpint pattern makes him very sensitive to criticism and  which he would seek to avoid at all costs. So whilst his whorl wants independence and to do his own thing in his own way – and this is paramount for him, given that this is the sole whorl – he will need to do this in secret and away from the prying eyes of others, particularly his mother and father who would have instilled in him the ‘correct and proper’ way to conduct oneself in society.  The very long tie of the Major Earth and Major Air lines in the passive hand show the dominance and repression of his family over his individual expression.

This is not the hand of an extremely imaginative person; nor is it the hand of someone with an exceptional intelligence. This is a strongly repressed, contained yet highly volatile emotional independent intuitive, a child-like person who wants to enjoy life and play, have fun – and damn the consequences. 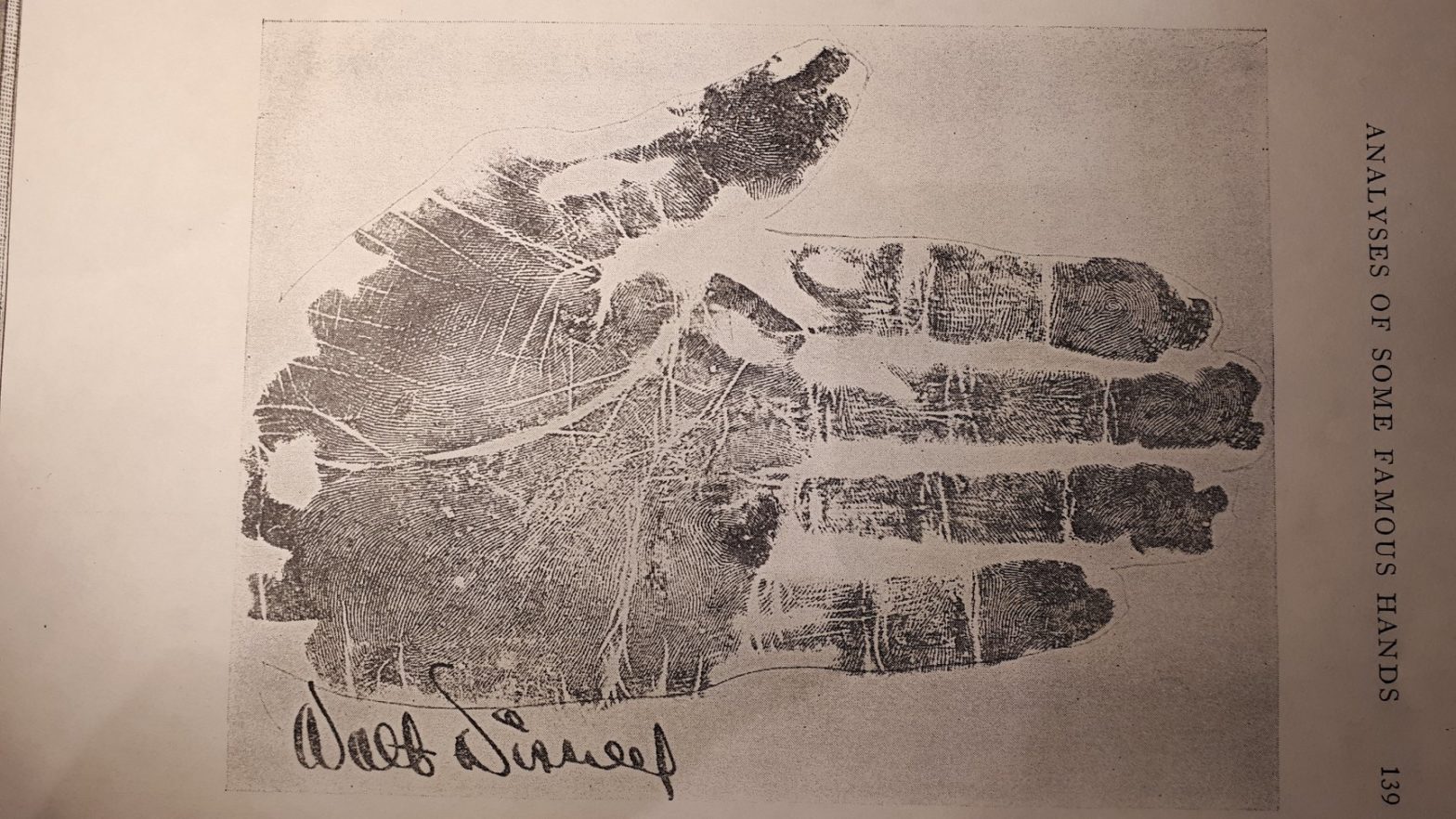