The Right Hand of Donald Trump

One thing that needs to be said before we start is that I do not know when this cast of Donald Trump‘s right hand was made, so I don’t know how old he was at the time. I suspect that it was made a few decades ago – certainly not since he has been President as this is not the hand of a 70+yr old. With that said, given that the lines of the hand change over time, what follows may therefore describe more how he was when he was younger than he is now.

There are a number of striking features in the hands of Donald Trump. This is a Fire-Earth handshape, which gives him a tremendous amount of energy and determination. He is a very busy man on a very full schedule who by his own admission only sleeps 3-4hrs a night. His boundless energy reserves can also be seen in the very full Mars mount between the Air line and the thumb, something more commonly seen in the hands of sportsmen and athletes. He has a tremendous amount of energy and stamina. This combination of handshape and strong Mars mount is what makes him across as bullish and aggressive. This guy is a fighter, this is someone who is very competitive and who really likes to win.

The emphasis in the fingers is on the little finger and ring finger in particular. The little finger is exceptionally long and this is the mark of someone who loves to talk, loves to hear the sound of their own voice, someone who has a lot to say. He is naturally curious and wants to find things out and can be a powerful communicator and negotiator. It’s a typical hand feature to be found on salesmen and business people for whom persuading other people forms an important part of their success. ‘The Art of the Deal’ would be a good title for a book written by this man ! This finger’s strength, in combination with the Fire-Earth hand makes him a formidable businessman, highly networked, highly persuasive and highly competitive. The Earth aspect to the Fire element of his handshape naturally suggests the construction, building and real estate industries. It also shows someone who likes to build empire through a steady and continued effort in a particular direction.

Whilst his flexible thumb shows that he is adaptable – and strategic – about going about getting what he wants, overall, this is not an impulsive person. An impulsive person could never become a billionaire. Rather, he flows with the situation and the opportunities as they come up. Like a sailor tacking into the wind, it’s easy to mistake the frequent changes of tack as being a change of direction. It’s not that he does not have a goal, but more that the plan by which he achieves that goal is flexibly applied.

Where Trump is impulsive is in his expression of ideas. His smooth fingers show an intuitive and impressionistic grasp of information and an impulsive desire to express, so this only comes out in the Air element, ie in words and communications (Twitter) which, as he well knows, is completely irrelevant. The fact that his enemies think he is impulsive is a strategy that he has deliberately developed to discombobulate his opponents. This is a man who knows his Sun Tzu.

Donald Trump also has a straight Air line which shows a logical, structured thinking process, an emphasis on subjects like science and engineering with a liking of some degree of detail. He is not an academic or a philosopher – it’s not that long an Air line – but it is longer than most businessmen’s Air lines. Again, you don’t get to be as successful as he is without careful planning and without thinking things through. For example, he has a Passion line intersecting with the Water line under the ring finger, showing that he has (or had) a strong sexual imagination and a strong sexual fantasy life. But this is the man with the money and the means to make that fantasy come to life – so what better way to make that manifest than by building your own nightclub in Palm Beach, Florida and by buying the rights to the Miss Universe competition so as to surround yourself with young and beautiful women!

The sticking out index finger can show someone who has a strong self-prominencing orientation, but it does not show someone with a big ego. The ego is shown by all sorts of different hand features, depending on what the person identifies with as being important to them. More importantly, the sticking out index finger shows someone who does not like to be told what to do, someone who seeks independence and autonomy, someone who does not like to confirm to the rules. This is far more accurate in his case as Trump does not like to follow the advice of ‘experts’ but prefers his own judgement. Moreover, he is not politically controlled or owned like many previous Presidents, because, as the first billionaire President, he is not financially beholden to any interested parties.

Having said that, he is actually a very conventional person. The Earthiness of his Fire handshape and the strong tie of his Air line to his Earth line at the start, shows the strong influence of family and upbringing; he was raised a Presbyterian Christian and values the Bible. Trump is actually a very good reader of people, he understands people and what makes them tick, and what they need to be motivated. His ‘Ring of Solomon’ line under the index finger is a clear indicator of good people management skills, even if it is just from an understanding of ‘pop’ psychology. The ending of the Water line between the index and middle fingers also shows that he is essentially an honest and open person who is warm and friendly and who connects well with people, particularly when meeting them in person. This openness and conventionality gives him a strong dislike of duplicity and dishonesty.

Trump also has two clear ‘Protocol Lines’ connecting the Water line with the Air line under the Earth finger which adds to this sense of being very conventional. One line is enough to emphasis this two such lines make it a pronounced quality. These lines reveal an inhibition of spontaneous emotional expression as the person likes to keep their feelings in check and under control. They have an ‘idea’ of how they should behave and express themselves socially according to that idea, or social protocol. It often creates a more formal demeanour, someone who follows codes of etiquette, someone who has a sense of protocol and decorum in social settings, very often wearing formal attire and clothing, someone who does not like to ‘dress down’. For Trump, there is a ‘proper’ way to do this, etiquette of social interaction based on respect and a following of social rules. Watch him in the White House Press Room – he gets most irate when journalists don’t follow protocol. It’s got nothing to do with ego – when they are not being polite and not following procedure, for him, they are just being rude and insolent. 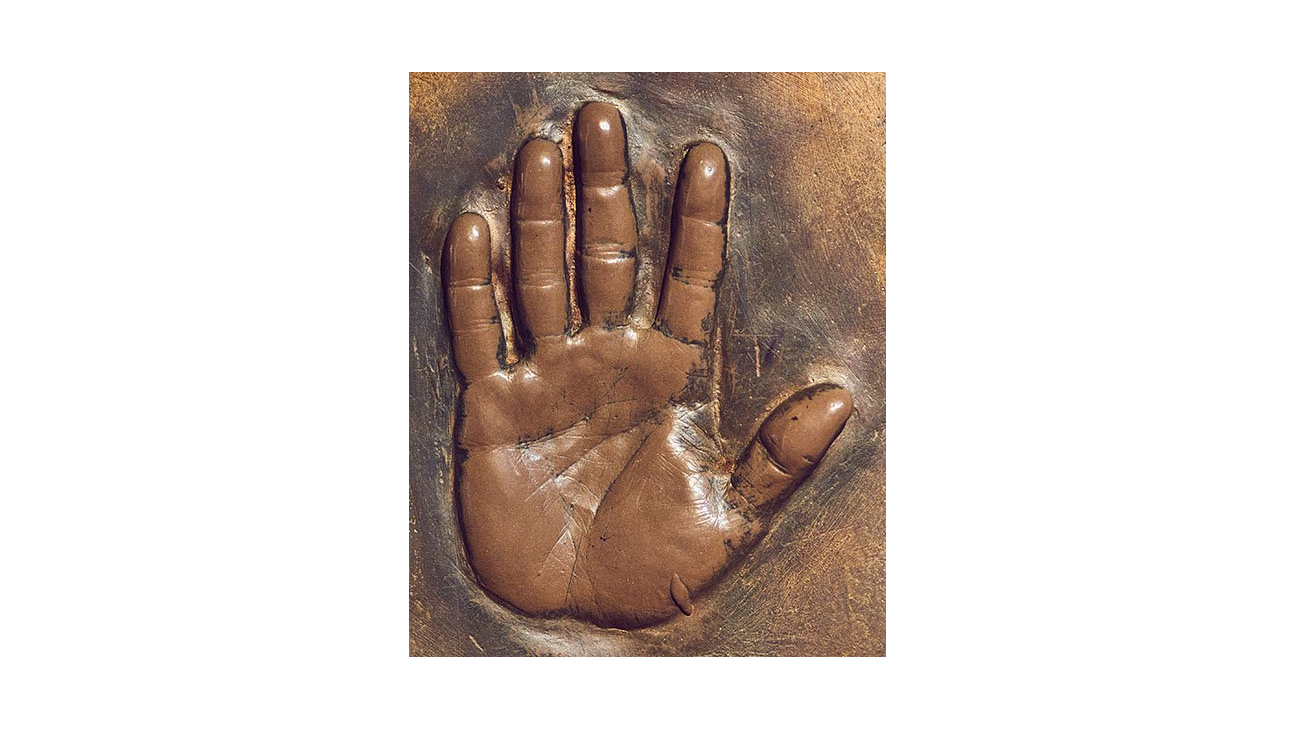