The first reference to handreading in Western European literature can be found in the work by Aristotle ‘De Historia Animalium’ Book 1, which was written in c.345 BC.  Aristotle posed the questions: why are there lines in the hand; and why do people with long lines live a long time, and those with short lines not?  Though Aristotle and Pliny both mention the hand and thus give the first references that acknowledge the existence of a handreading tradition, neither provide any further details which illustrate the nature and extent of handreading knowledge at that time.   It is not until the twelfth and thirteenth centuries that we discover what the palmists of past were interested in.

At this time, there was a growing interest in science and medicine, mathematics, astrology and astronomy.  This was brought about through contact with Arabic culture and civilisation and it is probable that interest in cheirology at this time was also derived from Arabic sources.  Altogether, there are about one hundred extant manuscripts and treatises on the hand dating from the twelfth to the fifteenth centuries and it is from these that we get a good picture of the practice of handreading at this time.

Palmistry at this time was called chiromancy, ‘divination from the hand’, and concentrated mainly on predicting longevity and the nature and manner of one’s death and looked for signs and portents of one’s future wealth and prosperity.  The emphasis is firmly on looking for those specific marks and signs formed by the lines of the hand that predicted marriage and fecundity, chastity and lecherousness, the numbers and types of children and wealth, fortune, promotion and education.  One unusual observation made in several manuscripts from this period (eg Ms Digby 88 in the Bodleian Library) is a description of the Major Water line ending between the Water and Earth fingers.  The text informs us that such a termination is indicative of death in childbirth!  The fact that this ending of the line is perhaps most commonly found even now, tells us nothing more than how common death in childbirth was in the 15th century.  Many line formations are also given of an ecclesiastical or religious nature, eg education and learning or promotion to the rank of bishop, revealing that church authorities were not opposed to chiromancy at this time.  Indeed, many of the earliest manuscripts were written in monasteries and penned by monks.  The vestiges of this ‘sign and symbol’ type of predictive palmistry still exists today in the ‘fair ground’ type of palmist or the palmist on the pier.  They are practicing a form of the art which is at least five hundred years out of date!  The perpetuation of such a superstitious approach misinforms people of the true nature and purpose of cheirology.

That the chiromancy of the mediaeval and early Renaissance period held a somewhat fatalistic attitude is perhaps unsurprising given the conditions of life at that time.  Such a preoccupation with fatalism reflects the rigidity of the feudal class system of the age, in which little or no social mobility was possible.  One remained in the status to which one was born – once a serf always a serf.  Life at this time was indeed nasty, brutal and short and and ran to a predetermined pattern.  It is no surprise that the chiromancy of the day was equally fatalistic and deterministic. The whole approach reflects the fatalism of the age.

Despite the powerful stance  adopted by the church on many issues, there does not appear to have been any overt resistance towards the study of either handreading or astrology.  Both Albertus Magnus and St Thomas Aquinas knew of chiromancy and did not consider it to be either an evil or a subversive art.  Indeed, it should be remembered that both cheirology and astrology were studied in  the universities of Europe well into the seventeenth century and many of the foremost practitioners and authorities in the art were men of the cloth.  The oldest Latin text on chiromancy is in fact contained in a manuscript known as the ‘Eadwine Psalter’, a religious text and kalendar compiled at Canterbury monastery dating from c 1160.

The golden age for the study of handreading and of esoteric studies in general was between 1450 and 1650 and from this time we find many famous writers on chiromancy in all parts of Europe.  In Italy, there was Cocles, Achillinus, Tibertus and Tricasso; in Germany there was Goclenius, Rothman and the Carthusian Prior Indagine.  In France, famous chiromancers included Taisnier, who was Court chiromancer to Emperor Charles V, Jean Belot and Marinus Cureau de la Chambre, Court chiromancer to Louis XIV.  In England, the leading figures were George Wharton and Richard Saunders.  Whilst many of these authors developed chiromancy in new and interesting ways, such as tying the study of the hand in with herbalism, alchemy, astrology or the cabbala, the general approach is still one of prediction and of looking for ‘signs and symbols’ in the line patterns of the hands.

By the end of the seventeenth century though, with the advent of the new approach of science as pioneered by such people as Newton and Boyle, interest in the occult sciences waned and almost vanished overnight.  The symbolic and organic philosophies which predominated until around 1650 were gradually replaced by more mechanistic and empirical models of the universe.  Alchemy became chemistry, astrology became astronomy and chiromancy simply all but disappeared.  The last proliferation of cheirological texts of the age were produced around the 1650’s.

Interest in the study of the hand was only renewed in the middle of the nineteenth century.  Two French men, D’Arpentigny and Desbarolles, are largely responsible for the modern study of palmistry; both introduced new approaches to the study of hands.  D’Arpentigny developed a classification of hand shape types whereas Desbarolles concentrated more on studying the lines of the hand.  D’Arpentigny was a Captain in the French army and developed his interest in hands as a result of a married couple he knew.  The couple used to invite him to their respective parties and whilst the husband was a scientist with a military background who would invite other scientists, engineers and military men to his parties, his wife was an intellectual whose party guests included artists, writers, poets and musicians.  D’Arpentigny noticed considerable differences in the hands between the two groups, yet similarities in the shapes of the hands within each group.  These simple observations  culminated in his delineation of the six primary handshape types as described in his only book, ‘La Chirognomy’, published in 1839.  Despite its shortfalls, the system has remained in use by palmists little changed since it was first developed.

Cheiro, perhaps the most famous palmist of all time, was also practicing at this time.  Whilst his handreading knowledge was based largely on the works of D’Arpentigny and Desbarolles, he developed a tremendous reputation as a handreader because of his famed predictive skills.  These were undoubtedly  due more to his innate psychic ability – he often referred to himself as a seer – rather than purely cheirological skill.  One could never learn to read hands the way he did from studying his books alone.  However, many of his books are still available and worth looking at, if only because of the  interesting handprints they contain.  He read the hands of many famous and eminent people of the day, including Lord Kitchener, Sarah Bernhardt, Mark Twain and Joseph Chamberlain.   William Benham, who wrote ‘The Laws of Scientific Handreading’ did much serious research into the hand, especially into criminality and vocational analysis from the hand.  Benham is notable for his assertion that no single feature of the hand should be seen in isolation, but all the features should be seen in relation to each other, hence making redundant the old palmistic approach of looking for ‘signs’ in the hand.  He also acknowledges an energy flow within the lines of the hand, an observation which parallels that of Buddhist hand reading systems.

In 1889, the Cheirological Society was established.  Its principal aim was to apply the methods of the new scientific age to the study of handreading and to promote cheirology as a serious and systematic study.  Katherine St Hill, who founded the society, was an active and enthusiastic woman who, in addition to writing several books of her own, also edited the Cheirological Society journal, which ran from about 1892 to 1901.  The late nineteenth  century was an era when a great interest in oriental philosophy, Buddhism and other esoteric arts arose.  This was also the dawning of the first pioneering steps into psychoanalysis.  The interest in understanding the inner self and the esoteric arts combined to make the study of the hand more acceptable at this time.

In the twentieth century, prominent chirologists include Spier, Jaquin and Charlotte Wolff.  Julius Spier was an analytical psychologist, a disciple of Jung and wrote one book, ‘The Hands of Children’, published in 1944.  He was particularly interested in psycho-sexual development and the hand and pioneered some important discoveries about the manifestations of sexuality in the hand.  Noel Jaquin also concentrated on sexuality to a great extent but his most important contributions to the study of the hand were in the field of health diagnosis from the hand.  He was also an important pioneer in the assessment of dermatoglyphic and fingerprint patterns and founded a society to continue his work, the Society for the Study of Physiological Patterns.  His most important work is perhaps ‘The Hand of Man’, published in 1933.  Charlotte Wolff was a Polish psychologist and doctor who wrote several books on handreading, providing much in the way of a scientific and empirical basis for cheirology.  Her especial field of study included the manifestations of mental health and endocrinal disturbances in the hand, pioneering some important investigations into schizophrenia and other conditions of mental health.

From the 1930’s onwards, there was also an  increasing interest in the hand from the medical profession who were particularly concerned with the investigation of the skin ridge and dermatoglyphic patterns of the hands.  These researches showed that the  hand is a powerful diagnostic tool in the assessment of genetic predispositions towards disease, especially chromosomal disorders such as Down’s Syndrome.  Many of the discoveries made since the 1970’s have confirmed many of the original researches made by Noel Jaquin back in the 1930’s and have again given the study of the hand a firm scientific basis. 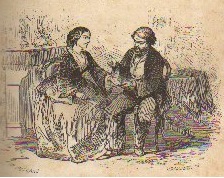